Attorneys in Pensacola for Burglary and Home Invasion Defense

If you have been charged with burglary in connection with a commercial break-in or a home invasion, the stakes are high. You could be facing as many as 30 years in prison (or even life under certain circumstances), as well as potentially thousands of dollars in fines. You need to take your situation very seriously. The attorneys at the Pensacola law offices of Michael J. Griffith, P.A. are here to put the gloves on for you and fight to preserve your future.

Fight Your Burglary Charges and Stay Out of Prison

In general terms, Florida law defines burglary as the act of unlawfully entering someone else’s property with the intent to commit a crime (such as theft) while there. The following are all examples of burglary crimes under Florida law:

If you did not have the intent to commit a separate crime once you gained entry, you may be guilty of trespass, but you are not guilty of burglary.

The punishment for burglary can vary widely depending on the degree with which you are charged. If our Pensacola criminal defense attorneys are not able to get you off completely, we may be able to argue any of a number of “partial” defenses in order to lessen your charges and minimize the duration of your imprisonment. For example, first degree burglary, which is punishable by up to life in prison, requires either an assault, use of a weapon, or causing more than $1,000 in damage. If we can create a reasonable doubt surrounding these elements, your charges may be reduced to second or third degree burglary, for which the maximum sentences are significantly reduced.

Regardless of the circumstances at hand, you should speak with an attorney right away. Saying anything to police investigators or the prosecutors on your case could significantly impair your defense. We can instruct you on how best to protect yourself, and we will provide vigorous and effective representation to greatly increase your chances of either reducing your stay or staying out of prison.

Speak with Attorney Michael J. Griffith about Your Burglary Case

Contact us today if you want a fighter who has what it takes to defend your burglary charges in Pensacola, FL. We represent clients throughout the Southeastern United States. You can reach us 24/7, and we accept all major credit cards after your free initial consultation. 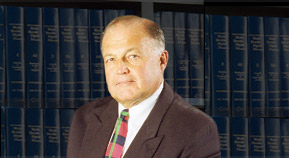